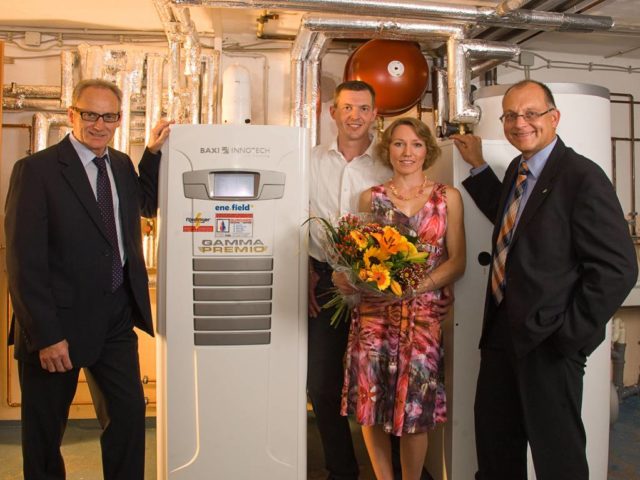 The ene.field project will see the deployment up to 1,000 residential fuel cell Combined Heat and Power (micro-CHP) installations, across 11 key European countries and the Germany-based company is expected to play a key role in deployment.

The project represents a step change in the volume of fuel cell micro-CHP (micro FC-CHP) deployment in Europe and a meaningful step towards commercialisation of the technology.

The programme brings together mature European micro FC-CHP manufacturers into a common analysis framework to deliver trials across all of the available fuel cell CHP technologies. Fuel cell micro-CHP trials will be installed and actively monitored in dwellings across the range of European domestic heating markets, dwelling types and climatic zones, which will lead to an invaluable dataset on domestic energy consumption and micro-CHP applicability across Europe.

Viessmann is active in 74 countries and, in 2011, brought its first micro-CHP (micro-combined heat and power) product to the market. In 2014, the company was the first to introduce a series-production FC micro-CHP heating device in Europe.

Under the ene.field project the company will install units in several countries. As such, Viessmann will be of great value for the deployment process and the project as a whole.

The project (which runs from 2012-2017, featuring 26 partners from across the heating and energy industry and €26 million EU funding) is Europe’s largest deployment of this modern energy product to date and allows manufacturers to begin to reduce costs due to the volume of units involved. Although progress in ene.field’s early stages had proved slower than expected, installation rates among the most active project partners have taken off in the last six months.

For more information on the ene.field project and its partners, please visit www.enefield.eu.