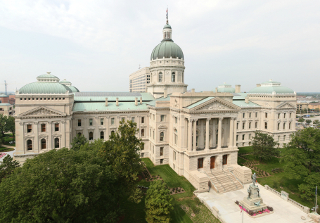 Indiana’s manufacturing sector is pushing for changes to state law that would make development of a cogeneration facility easier, but utilities are wary of what they see as a move towards deregulation.

Utility Dive online reports that the Indiana Industrial Energy Consumers group told state lawmakers that changes are needed to allow manufacturers to construct their own power plants, and that current law is holding companies back from forming partnerships and joint ventures.
Utilities say they are not opposed to cogeneration facilities, but the question is who will pay for the interties and backup power supplied by the traditional power provider.

The state’s investor-owned utilities, represented by the Indiana Energy Association, say they are wary of other ratepayers subsidizing the facilities, and caution that the state’s low rates could be in jeopardy if there is a push towards deregulation.

“Utilities are not at all opposed to combined heat and power,” Indiana Energy Association President Mark Maassel told a General Assembly interim study committee. “The advantages they have shown are real advantages. … It really all comes down to who pays.”

Indiana has the 27th lowest energy rates in the country, but Maassel pointed out that of 14 states which have implemented deregulation, only five have lower power costs than Indiana.

But according to the Indiana Industrial Energy Consumers group, which represents the manufacturers, allowing companies to construct their own plants could take stress off utilities and aid the state in meeting emissions limits. T