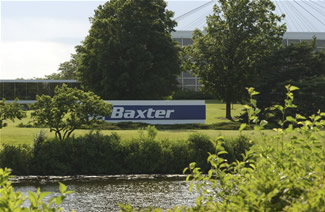 Baxter International’s manufacturing plant in New South Wales, Australia had its new trigeneration system activated this week, the latest in a series of on-site power initiatives by the global healthcare giant.

The facility at Toongabbie is now operational after over two and a half years of planning and construction and uses two 1MW gas-driven generators that provide enough electricity to power the entire manufacturing plant. Exhaust heat then creates steam for the existing boiler, and the cooling water provides chilled water for the plant’s cooling requirements.

The company estimates that trigeneration will help reduce its impact on the environment and reduce carbon dioxide output by an estimated 40%, or almost 6,000 tons per year.

Baxter (NYSE: BAX) secured a clean energy grant from the Australian Government’s Clean Technology Investment Program as incentive for investing in cleaner energy. In addition to being a reliable and clean process for generating energy, trigeneration is also quiet—important as the Toongabbie campus is surrounded by residential areas. The technology also generally has a good payback period, which makes it a sound financial choice as well as a green investment.

“These energy technologies continue to be elements of Baxter’s overall energy management and GHG reduction strategies and will remain viable options the company will consider in the future.”

In terms of other on-site power facilities, Baxter’s efforts in reducing the company’s carbon footprint at facilities worldwide include recent measures such as the installation of energy cogeneration and trigeneration units, our use of biomass energy in India; and the installation in Malta of our largest solar photovoltaic system to date have helped us achieve—and exceed—our 2015 goal of using 20% renewable power in our facilities, three years early.

Baxter is no stranger to the merits of cogeneration, having already performed installations at the company’s facilities in Castlebar, Ireland; Lessines, Belgium; and Sabiñánigo, Spain.

The company has also implemented a variety of on-site power generation systems at its facilities around the globe. In late 2012, Baxter’s Malta facility began work on an on-site photovoltaic system. Completed during the second quarter of 2013, this is the company’s largest on-site solar energy system, and will provide approximately 23% of the site’s electricity and reduce its GHG emissions by 1,100 metric tons carbon dioxide equivalent CO2e annually.

The Maltese facility is also deploying another means of clean energy as it also uses a geothermal system that provides cooler groundwater to the plant’s cooling towers to increase thermal efficiency of the plant’s chilled water system during the warm summer months. Baxter employs a similar geothermal solution in Orth, Austria, which was installed last year in its new green building.

Meanwhile all three Baxter facilities in India switched from powering their boilers with fuel oil to using renewable or lower GHG emission (and less costly) sources of energy at the end of last year.

The Waluj, India, site installed a new biomass boiler in early 2012. The Alathur facility converted its second boiler to biomass in late 2012, after converting its first boiler the prior year. Also in 2012, the Manesar facility switched from using fuel oil to regassified liquefied natural gas, a lower carbon fuel. Together, these changes have reduced GHG emissions by about 8,000 metric tons CO2e per year.

At Baxter’s Thousand Oaks, Calif., facility, a steam boiler was retrofitted in 2009 with an ultra high-efficiency heat and water recovery system that decreases site energy consumption and greenhouse gas (GHG) emissions by 12-15% and site water usage by approximately 5%.