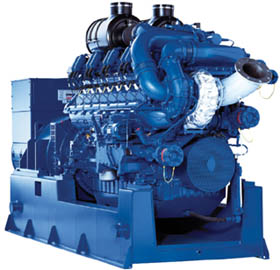 Revenues are to double by 2019 for the global gas genset market, new analysis has found.

According to a new report from Frost & Sullivan, the combined global residential, commercial and industrial gas genset market earned US$4.14 billion in 2013, and is estimated to reach $8.59 billion in 2019.
Key drivers behind this projected growth include the US shale gas boom, increasing European biogas adoption, and market liberalisation coupled with a wide gap between power demand and supply in emerging countries, F&S said.

Among the developing regions, India and China have emerged as the largest genset production hubs, while Asia-Pacific will be the fastest growing and largest region for sales of commercial and residential gas gensets, the report predicts.