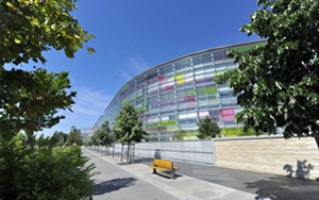 Via its subsidiary Cofely, GDF Suez has expanded its existing collaboration agreement with Sanofi, to cover the provision of on-site power at more of the healthcare specialist’s industrial sites.

The new five-year contract primarily relates to renewable energy production and distribution systems, and will cover all of Sanofi’s production lines, such as chemicals, pharmaceuticals, vaccines, biotechnology and animal health.

The expanded agreement builds on an initial three-year contract, which was signed on March 2012 and covered Europe and Turkey.

It has been expanded to include Sanofi’s sites in the US, Canada, Mexico, Brazil, China, and Singapore.

Since 2012 five projects in France, Italy and Germany have been launched, covering the installation of cogeneration or trigeneration gas turbines, and the construction of biomass boilers to improve the energy and environmental performance of the industrial sites.

The co-investment related to these projects is said to represent EUR30m ($39m) in 2013, but within the framework of the expanded collaboration, the total co-investments could top EUR80m.