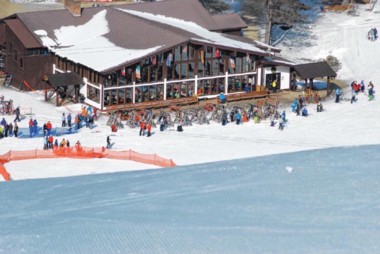 The Berkshire East ski resort in Massachusetts has become the first ski area in the world to be fully on-site powered, following the installation of a new solar tracker facility.

The year-round resort recently developed a 500kW solar tracker farm that will produce 700,000kWh annually. The solar farm will supplement a 900kW wind turbine the company installed in 2011. Together, the two systems will cover the area’s entire annual electric demand.

“We view on-site renewable as a hedge against the rising price of power,” said Jon Schaefer, 32, at Berkshire East. “Energy is our largest non-labor expense and it’s the one thing we are most dependent on beyond the snow.”

The recently commissioned 500kW solar farm consists of 90 dual-axis AllSun Trackers, which are manufactured in Vermont and follow the sun throughout the day to boost energy production by up to 45 per cent more than rooftop installations.

The resort, which hosts over 100,000 skiers annually, has six lifts and two lodges.