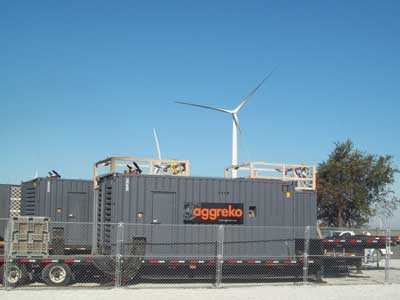 The need to diversify the global energy mix and encourage long-term energy security has driven an increase in the supply of renewable energy.

Renewables currently comprise about 13 per cent of the global energy mix, and while traditional forms of energy still dominate generation, the shift towards greener solutions has increased the sector’s need for innovation.

Equally, the high level of international pressure on governments to reduce their carbon emissions has driven the renewables boom. The United Nations Framework Convention on Climate Change (UNFCCC) has set stringent carbon reduction targets for countries to meet by 2020. The EU mandates its member states work towards a 40 per cent drop in emission levels against a 1990 base by 2020.

However, set in this context the renewables sector faces two considerable challenges: firstly, intermittency prevents complete reliance on it as a single energy source; secondly, storage of energy generated is not always possible, leading to waste.

As a result, renewable and temporary power generation are convenient bedfellows. Aggreko has dedicated significant resources to meeting the challenges posed by renewables, making emissions-free generation such as hydropower a practical ambition around the world.

Intermittency is the biggest issue facing most renewable energy suppliers. Due to their reliance on the weather, renewables leave a supply gap to fill until surplus energy can be successfully captured and stored.

Hydropower is lauded by its advocates as one of the most efficient and reliable forms of renewable energy. It is simple to scale according to need and has low environmental impact.

As a result, hydropower has come to comprise a significant proportion of the global energy mix. However, its susceptibility to the elements causes significant socio-economic issues to those reliant on it.

Kenya, a country reliant on hydropower (generating 74 per cent of the country’s electricity), has experienced untold problems due to sporadic periods of low rainfall. Drought and extreme heat not only deprive hydropower of its fuel but have a costly impact on generators, accelerating their decay and reducing capacity.

Such prolonged periods of intermittency have disrupted the country’s export industries and affected food.

In such situations, temporary power can ensure a reliable power supply and slow economic downturn. It has been estimated that without temporary power, Kenya’s economy would have lost 3.8 per cent of its GDP in 2010 in nine months between rainfalls.

Wind power requires heavy investment in transmission and distribution grids to tackle the intermittency issue ” or at least to reduce it.

As with hydropower’s dependence upon water, during certain seasons wind levels can be either too weak or too strong to generate enough power for the grid’s needs. These periods, mostly linked with extremities in weather, often coincide with an increase in consumer demand.

Switched-on heaters or air conditioning systems for example, create additional load demand on power providers. It is at moments like these when temporary power will offer a speedy and cost-effective solution.

Temporary power is not just deployed to resolve intermittency issues ” it plays an important role throughout the lifecycle of a renewables plant.

For example, during the commissioning and construction of a wind farm, small-scale temporary power is needed to assemble turbines as well as to load-test and stabilize the system. Temporary power helps plants come online at almost full capacity, enabling them to contribute to the grid from the outset, thereby improving their profitability. Indeed, Aggreko has developed high-voltage power options for offshore wind farm developers specifically in order to prevent repeated refuelling challenges and to reduce the number of generators required at any one time.

Once the wind farm is online, temporary power does not just plug the gap left by intermittency ” it keeps the site running during scheduled or unplanned disruptions. Temporary power keeps all installed equipment healthy during maintenance and enables a swift return to production once this is complete. As a wind turbine ages, so its efficiency wanes and its propensity to go offline increases at a rate disproportionate to thermal generating plants. One of the key impacts of this is on the warranty ” all the turbine manufacturers stipulate in their contracts the duration of power outage before warranty is affected. This can be as short as 24 hours, but can result in a very high cost to the developers.

In the case of offshore wind farms, for example those in the German North Sea, the harsh and highly corrosive environment greatly impacts the longevity of a turbine. In such instances, temporary power is deployed to run the ancillary loads within the turbine such as heaters and dehumidifiers.

Additionally, temporary power is used to maintain the hydraulic pumps which enable the turbine rotors to be turned when there is no wind.

Aggreko has responded to the challenges faced by offshore wind farms by implementing a number of critical improvements that ensure interim power is maintained at optimal levels. For example, additional weather louvers and reduction of airflow by amending radiator fans has reduced water ingress by approximately 95 per cent.

Real innovation can also be seen in solar energy markets. In Los Angeles, California, Aggreko has worked to develop innovative technology which enabled the Emmy Awards to host a ‘green-powered red carpet’. From project inception to delivery, temporary power was essential to delivering an environmentally sustainable event. Aggreko developed and incorporated a distribution system to transfer solar energy from the array throughout the star-studded red carpet area.

With the exception of biofuels, the reliance of renewables on the elements means there are distinct limitations to their output capacities and ability to deliver a consistent energy supply. It is the innovations in temporary power which are enabling renewables to play a greater role in the global energy mix, helping the transition to a greener, lower carbon future.