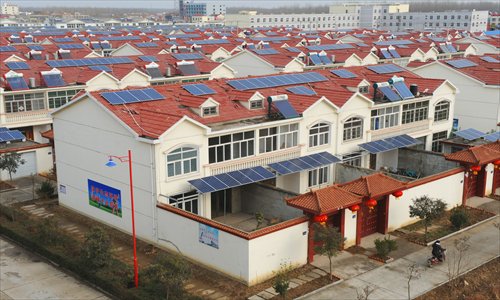 China’s on-site solar goal may be too ambitious, say reports

China’s aim to install 8 GW of distributed solar power this year could fall flat, according to reports.

The goal is part of China’s larger plan to install 14.5 GW of solar capacity by 2015, but some Chinese solar companies interviewed by the Reuters news service said the nation’s RMB0.42 (US$0.07) subsidy for distributed solar projects is too little to compensate for the risks involved and the time it takes to acquire rooftop rights.

On-site solar projects may not be worthwhile, the companies said, unless Beijing offers more substantial subsidies as well as financing support, while streamlining the rooftop rights process.

‘We are increasing our efforts in the (distributed) market segment … that said, the majority of our 2014 pipeline is from the utility sector,’ said Yingli spokeswoman Qing Miao.