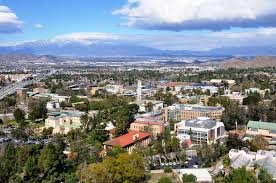 The University of California at Riverside (UCR) has announced plans to build a 4.5-ha on-site solar photovoltaic (PV) plant on open space within its campus.

The facility will feature an array of 435-W solar panels from SunPower. When completed in summer 2014, it will generate around 3 MWe.

‘Three MW is about 30% of our base load on a daily basis. Our peak load is 17 or 18 MW,’ said Ken Mueller, director of the university’s physical plant operations. ‘This is a good start and the campus will use 100% of the power that we generate.’

UCR has signed a 20-year power purchase agreement with SunPower, which will build, operate and maintain the facility. The university projects savings of US$4.3 million over the contract period.

A University of California policy calls on each campus to help produce up to 10 MW of on-site renewable power by 2014. UCR’s PV system will be the largest in the UC system.