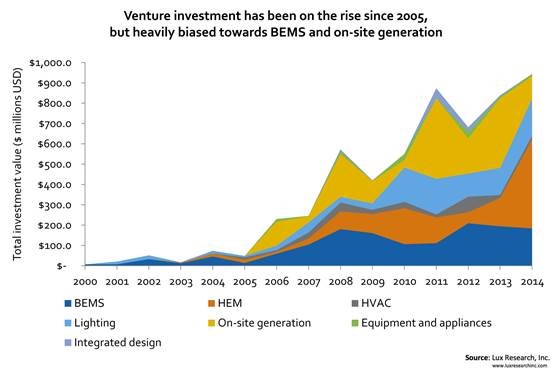 A recent report from Lux Research showed that venture funding for energy-efficient building technologies grew to $944 million in 2014. In addition, venture capitalists invested a record $2.64 billion in the market segment in the period between 2012 and 2014, a 15-year high – despite an overall decline in cleantech funding.

The report found that North American investors dominated the segment, contributing $501 million or 74% of the total funding, followed by Israel with $37 million.