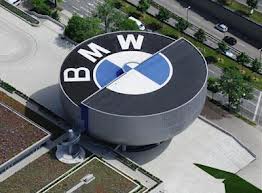 BMW (FWB: BMW) are to install on-site wind power at its Leipzig manufacturing plant in Eastern Germany in a bid to counter the expected energy cost increases being applied by the German exchequer.

Four 2.5 MW Nordex wind turbine towers will soon supply 26 MW, or almost a quarter of the power used at the plant as the German motor industry continues to reel from the recession’s ongoing impact on automobile sales.

Sales in 2012 dropped to their lowest level in almost two decades and BMW and their peers have had to react to improve bottom line.

The world famous car manufacturer seeks to eventually get all its power from renewables, compared with 28 per cent in 2011 — both to cut its carbon output and benefit from falling prices for wind and solar energy.

BMW and the other German car makers have all made great strides in bolstering their on-site power, and following Chancellor Merkel’s drive to energy transition to renewables, the trend has gathered momentum.

Energiewende has seen the country move away from nuclear energy but has had the knock-on effect of higher taxes being placed on power from commercial producers.

Daimler AG is building a $22m gas-fired power plant at its truck factory in Woerth and Volkswagen AG is mulling at least five new generators.

“Every second German industrial producer either generates its own power or is considering doing so because of Merkel’s energy switch,” said Sebastian Bolay, an energy policy analyst at DIHK, a manufacturers trade group in Berlin told Businessweek.

A 47 percent hike in a clean-energy surcharge this year could mean a cost to car makers and suppliers of over $1bn in 2013.

Europe’s biggest car maker, Volkswagen (FWB: VOW), whose German facilities consumes more power than Jamaica, this year will inaugurate a 70 MW gas-fired station at a component plant in Kassel and is considering the addition of five more generators.

Raimund Wunder, the head of power-plant unit Volkswagen Kraftwerk GmbH said, “This gives us access to a secure energy supply and makes us more independent.”

Backed by facilities like a 300 MW coal-fired station at its Wolfsburg headquarters, VW already generates 63 percent of the 4.3 terawatt-hours it consumes in Germany annually.