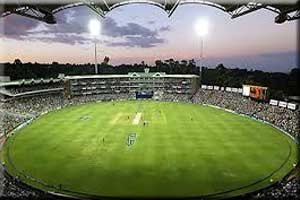 Chinnaswamy Stadium in India’s Bangalore has seen a 400 kW solar plant installed on the stadium roof.

Karnataka State Cricket Association (KSCA) and GIZ India collaborated to develop the installation at the cricket stadium which consists of 1422 modules that will generate approximately 1700 kWh per day which will be used on-site.

Any excess capacity will be exported to Bangalore Electricity Supply Company Ltd. (BESCOM) at a price of Rs 9.56/kWh (about 2 US cent/kWh) under the Net Metering Scheme promoted in the state.

Plans to increase the capacity of the plant by adding another 850 kW in a second phase have also been unveiled.