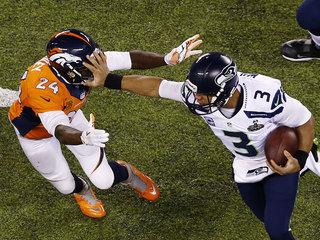 UK-based Aggreko provided heat and power to Sunday’s Super Bowl in New Jersey, US one of the most watched sporting events on the planet.

It is the 24th time that the Glasgow firm have had the privilege of serving the event. This year they provided 60 heaters and 21 MW of on-site power to the spectacle between the successful Seattle Seahawks, who trounced the Denver Broncos on the night.

Senior project manager, David Prince told Herald Scotland: “Our experience in dealing with energy demands both large and small equip Aggreko uniquely to execute the many engineered decisions and installations required for a successful event of this magnitude.”

A 12-strong team of Aggreko (LSE: AGK) technicians were responsible for the installation and operation of the equipment, which included some 80 miles of cable.

Included in its services are 740 kilowatts of outdoor heat for the open-air stadium’s press seats.

The Aggreko team began planning for the event just under a year ago following the 2013 game. Installation for this year’s match began in the New Year.

There was even more attention on the event going off without a hitch this year after a power cut marred last year’s event, although Aggreko did not have any responsibility for the outage.

The company’s expertise has also been provided to the London 2012 Olympic Games, nine US Open championship golf tournaments and at the recent 34th America’s Cup in San Francisco.

It is also the official temporary power generator for this year’s football World Cup in Brazil.