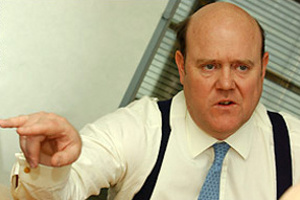 Aggreko (LSE: AGK), the Glasgow-based on-site and rental power specialist saw a major contract win in Africa push the company to the top of the FTSE early on Thursday.

The Rupert Soames-run operation won a $200m deal in Mozambique and subsequently saw its stock jump 6.9 per cent to £19.65.

The deal involves the supply of 122 MW of electricity generated in Mozambique, with some of that power going to NamPower in Namibia and local utility, Electricidade de Moçambique.

Aggreko and South African joint venture partner Shanduka are already supplying 110 MW of power to EDM and South African utility ESKOM from the power plant at Ressano Garcia, which was built last year and started production in July.

The company said the success of this initial project had enabled it to offer additional power to other members of the Southern African Power Pool (SAPP).

Mr Soames said of the new project: “It underlines the immense potential of the Southern African Power Pool to be a real conduit of co-operation and development among the countries of southern Africa.

“The fact three national utilities are collaborating to support each other’s energy requirements is testament to the benefit of working together for the common good.”