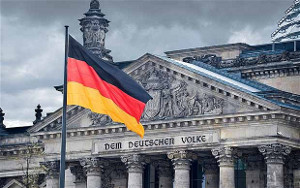 Germany’s demand for heating and power from combined heat and power (CHP) this year will be the lowest since 1990, new analysis from Thomson Reuters Point Carbon has found.

The drop in demand will be due to an unusually mild winter, with temperatures averaging 1-3à‚°C above normal in 2014 and through 2015. This could have a significant effect on the CHP market.

‘With such a mild winter, German CHP power production could average around 6%-7% below normal between October and March,’ said Clémence Carnerero, power analyst at Point Carbon. ‘The impact is more pronounced on total heat production, decreasing by approximately 5 TWh compared to normal, which is 4% of the 2013 total heat production from electricity suppliers.’

About the potential effect on Germany’s power market, Carnerero said: ‘We believe that the average discount for our winter forward estimates will be around €0.08/0.11/MWh.’

She added: ‘German CHP plants are mostly operated to meet the heat demand in the first place, and power is simply a by-product of the heat generation. From this perspective, temperature variations will affect the power market in two ways: by resulting in changes in power usage for heating directly and also changes in CHP power production following fluctuations in heat demand.’

Germany aims to grow CHP’s share of total power generation to 25% by 2020.