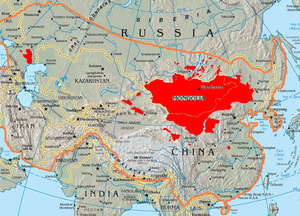 French power and energy services firm GDF Suez is to build a 415 MW combined heat and power plant in Mongolia, according to the terms of a memorandum of understanding signed this week.à‚

GDF and Newcom, a Mongolian conglomerate, signed the MOU on Friday on the occasion of French foreign affairs minister Laurent Fabius’s visit to Mongolia.

The $1.2bn project is to be developed by a consortium consisting of GDF, Newcom, Japan’s Sojitz Corporation and Korea’s Posco Energy, and is scheduled to be commissioned in 2017. à‚

In addition to 415 MW of power, the coal-fired “CHP5” plant in Ulanbaatar will produce 587 MW of steam. A 25-year power purchase agreement (PPA) has been signed with Mongolia’s government, although Uyanga Dashzeveg, Newcom’s CEO, has reportedly said that the terms of the PPA and heat purchase agreement are still under discussion.

Newcom is the owner-operator of the nation’s first wind development, the 50 MW Salkhit wind farm.

In late 2013 GDF agreed to develop renewable energy projects in Mongolia, which it says offers “outstanding conditions for the development of renewable power projects, with up to 250 sunny days per year and excellent wind potential”.à‚