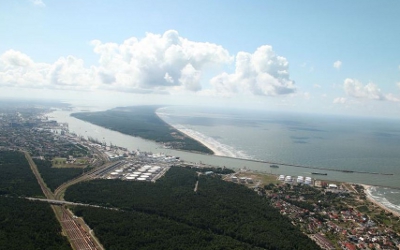 Finland’s Fortum has been recognised for its investments in highly efficient CHPs based on local fuels.

The award was announced at the annual COGEN Europe gathering in Brussels.

Despite challenging business conditionsà‚ and diverse local legislative requirements, Fortum has in one year commissionedà‚ a portfolio of four new combined heat and power (CHP) plants in four differentà‚ countries in the Baltic Rim area. All those plants increase the share of heatà‚ and electricity produced from renewable sources in the region by 86 MWe and 243à‚ MWth, which roughly equals to the heat consumption of approximately 50,000 andà‚ electricity consumption of approximately 80,000 households.

When accepting the award Hàƒ¥kan Grefberg, Senior Advisor to Fortum Heat business said: “Weà‚ are proud to have developed the first waste based CHP plant in the Balticà‚ countries, which is now serving the local community in Klaipeda and we are aà‚ proud owner of the largest bio-fired CHP plant in Latvia.”

“Construction of several plants in different countries at the same time wasà‚ challenging to our organisation, but for example the simultaneous constructionà‚ of ‘twin’ plants in Jàƒ¤rvenpàƒ¤àƒ¤ and Jelgava brought substantial cost-efficiencyà‚ and reduced the time for project implementation”, says Markku Nordstràƒ¶m,à‚ Industry Intelligence Manager at Fortum Heat business.