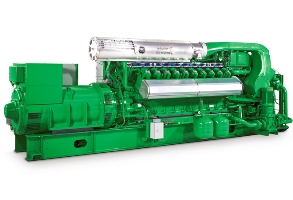 The project is described as the world’s first commercial application of gas engine-based cogeneration, using BFG to generate heat and power for a steel mill.

The 7.88-MW cogeneration plant, which will be powered by four 1.97-MW J620 Jenbacher units (pictured), will reportedly have a total efficiency topping 83%.

It is also claimed that the plant will cut the mill’s annual CO2 emissions by 57,000 tonnes.

In a press release, GE confirmed the Jenbacher units were scheduled to be delivered by September, with commercial start-up of the plant slated for the end of the year.