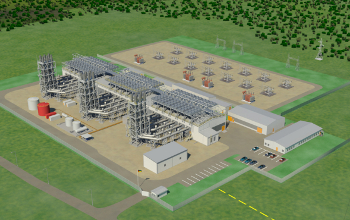 The Finnish company has signed the three-year agreement with with Central Termica de Ressano Garcia, owned by Sasol New Energy from South Africa and the Mozambique state utility, Electricidade de Moçambique (EDM).
The gas engine power plant is located in Ressano Garcia, Mozambique and because of the low emissions involved in the project, is seen as a big step forward in terms of low carbon electricity generation for the region.

The Central Termica de Ressano Garcia plant will be powered by a total of 18 Wärtsilä 34SG engines running on natural gas, with the gas being fed from the Pande and Temane gas fields.

It will be the largest power plant running exclusively on gas engines to be installed in Mozambique, and the second largest on the entire African continent.

The power plant is scheduled for completion by May 2014, and the electricity produced will be sold to EDM.