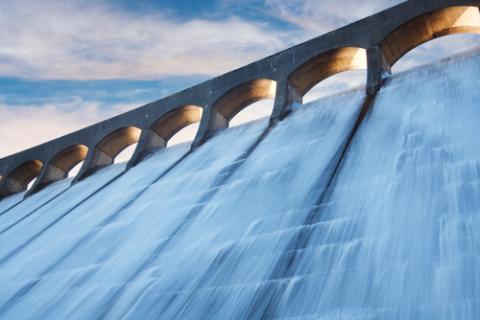 The UK has the potential to save on its energy costs by changing its current strategy to renewables and storage instead of renewables supported by fossil fuels.

The claim is made by grid-scale storage specialists QBC, whose findings are independently supported by Professor Phil Taylor, Director of the Institute for Sustainability and Professor of Electrical Power Systems at Newcastle University.

Professor Taylor said, “I can see that pumped hydro could play a significant role not least due to the scale at which it can be built. Our work here at Newcastle University also supports QBC’s contention that storage is most effective if used in conjunction with other smart grid techniques such as demand side response and smart appliances. I applaud QBC for being so refreshingly open to the role of other storage technologies, even though its own current focus is pumped hydro.”

The company claims that successive UK governments have ignored the potential of pumped hydro storage, choosing instead to use CO2-producing diesel generators and gas power stations as backup, which it says trebles prices for electricity consumers.

“The consumer pays pay three times over – pay to build renewables, pay operators to curtail or throw away potential generation when there is too much electricity, and pay to keep fossil-fuelled generation in reserve.

QBC, which is currently developing its first pumped hydro site in North Wales, has identified locations throughout Britain with low planning risk that could deliver 10GW of such storage.

The company says that building 10GW of pumped hydro storage facilities will save some £3.5bn a year, resulting in an overall grid cost to the UK at least two times lower than the UK’s current strategy of renewables supported by stand-by fossil fuelled generation.

The report says that large savings will result from the need to build less than planned offshore wind. Each new GW of storage will displace at least one GW of future offshore wind – at less than half the cost – plus a further GW of fossil-fuelled stand-by generation.

More money could be saved by storage soaking up generation when supply exceeds demand. Imperial College estimates that by 2020 Britain will effectively be throwing away up to 27 per cent of wind electricity. Storage will enable Britain to cut waste to just 7 per cent, lessening the need for contentious constraint payments.

The report goes on to say that by soaking up generation when supply exceeds demand, storage will also complement demand side measures in which industry and commerce are paid to switch off machinery and turn down lighting during grid stress events.

Said QBC chairman Peter Taylor: “At the moment we are all being forced to pay for a serial failure of foresight that, ironically, undermines all three pillars of The DECC’s renewables strategy. Putting the UK back on a par with other nations will take time. A single new pumped hydro storage facility might take anything up to seven years from initial proposal to actually beginning operation. With 30 GW of renewables planned for 2020 Britain does not have the luxury of being able to continue kicking the storage can down the road.