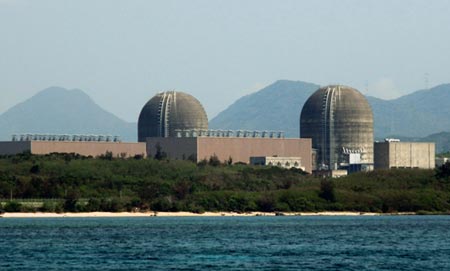 A reactor at Taiwan’s third (Maanshan) nuclear power plant (pictured) is to remain shut down while the plant’s owner, the Taiwan Power Company (Taipower), investigates the cause of a fire that broke out early yesterday morning.

Taipower said the fire began at 00:15 and was extinguished 15 minutes later. According to reports, the blaze is thought to have been caused by a malfunctioning auxiliary step-down transformer in the 923 MW reactor No 2.

Taipower said the 900 MW reactor No 1 was unaffected and is currently generating full power, and that there were no radiation safety issues. A full report on the incident is expected within two weeks, with Taipower confirming that safety inspections would also be conducted on all of its nuclear power plants given other recent incidents.

The two pressurized water reactors, located in Pingtung County in the island’s southern region, began commercial operation in 1984 (No 1) and 1985 (No 2).

The shutdown is bad news for Taipower, which said its operating reserve will fall from 7.29 per cent to 5.93 per cent and “red light” emergency status will be invoked for the island’s power supplies. The utility emphasized that it will use other power sources, including three diesel generators, to make up the shortfall during the shutdown period.

Taiwan’s six operational nuclear reactors provide around one quarter of the island’s baseload power. However, only three are currently operational, with one offline since December due to a component failure and another shut down this month for maintenance.