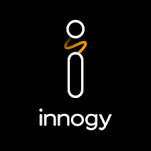 Although the deal amount went undisclosed, Innogy became the sole owner of the project which is estimated to cost about à‚£2bn.

Innogy Renewables COO Hans Bàƒ¼nting said: “With full control over Triton Knoll, we will now develop the project further to final investment decision at our own discretion. In due course, we will also review all options regarding the ownership structure of Triton Knoll to maximize value for our company and our shareholders.”

The sale is a part of Statkraft’s effort to exit and make no new investments in offshore wind business as announced in December 2015.

Statkraft wind power senior vice-president Olav Hetland said: “We believe the future of onshore wind in the UK to be very positive, and fully expect the UK government to grasp the opportunity for further onshore wind development through future CfD auctions.”

Innogy is planning to commence offshore construction for Triton Knoll project by 2020 and start operations in 2021.