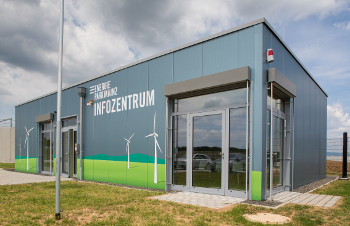 Siemens launched what it says is the largest hydrogen energy storage plant in the world this week.

According to a report in E&T magazine it is the world’s largest electrolysis plant to convert excess wind power into hydrogen.

With Germany phasing out nuclear power entirely in favour of the ongoing growth of renewable energy as part of its Energiewende policy, the country is placing much emphasis on storage technologies to make up for the intermittency of renewable resources.
The plant in Mainz will capture and store the hydrogen by means of Proton Exchange Membrane (PEM) technology, with the gas later used either as a general fuel or in natural gas pipelines.

Siemens said the system ‘has a capacity relevant for bottlenecks in the grid and small wind farms’. It recently tested the technology in cooperation with RWE and confirmed it can respond to fluctuations in energy generation within milliseconds.

The plant, which can process up to 6 MW of electricity, is the largest installation of PEM in the world. Siemens said it could supply up to 2,000 hydrogen-powered cars with fuel and efficiently respond to fluctuations in wind energy generation.

The PEM membrane in the electrolyser is used to separate the two electrodes at which oxygen and hydrogen are formed. On the front and back of the membrane are precious-metal electrodes that are connected to the positive and negative poles of the voltage source, splitting the water by using the surplus energy.

The project is backed by the German Federal Ministry of Economics and Technology as part of the country’s Energy Storage Funding Initiative.