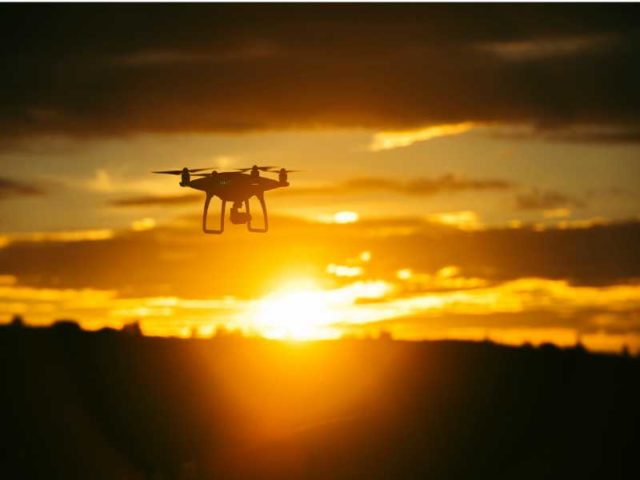 Wind energy giants Siemens Gamesa and Orsted have partnered with Danish shipping company ESVAGT, to develop a drone-based solution for the delivery of spare parts and tools from a vessel directly to an offshore wind turbine.

With turbines often located many kilometres offshore, unplanned maintenance can be significantly hampered by the length of time taken to secure replacement parts and specialised tools.

Now Siemens Gamesa, àƒËœrsted and ESVAGT want to solve this challenge by transporting tools and spare parts from ESVAGT’s SOV (Service Operation Vessels) to the technician at the offshore WTG by means of drones.

ESVAGT’s SOVs are located in the offshore wind farms and have a wide range of spare options on board. Further innovating the transportation of spare parts and tools from vessel to WTG is the next step.

That is why the three companies have engaged themselves in an innovation project bearing the working titleà‚ Operative package deliveries by dronesà‚ that will examine the potential in meeting offshore WTG technicians’ needs in an easier way.

“When we transfer a WTG technician from vessel to WTG, he brings both spare parts and tools with him. But it often happens that the technician needs additional equipment, tools or spare parts while inside the WTG. Today, such a scenario requires the vessel to return to the WTG or that we send a transfer boat over to the WTG with the necessary gear, which the technician then has to get down and get. This process can be optimised,” said Hjorth.

“Most often, it is the small spare parts that make a difference: smaller electrical components or a specific tool. Delivering these with a drone could potentially spare us a tremendous amount of time and contribute to making the operation of the offshore wind farm even more efficient,” concluded Hjorth.

The projectà‚ Operative package deliveries by dronesà‚ is sponsored by the European Regional Development Fund and runs until June 2020.

It is not the first time ESVAGT has undertaken a drone project. A year ago, the shipping company formed the joint venture EWPL Ocean, which inspects offshore WTG blades via drones that are operated and piloted from ESVAGT’s vessels.