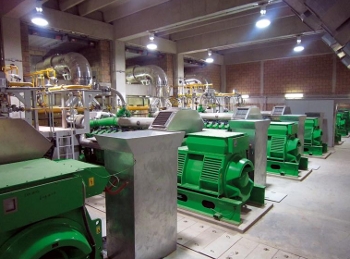 A research report titled “Cogeneration Equipment: A Global Strategic Business Report” projects that equipment installations for the combined heat and power industry will exceed $40bn by the end of this decade.

The report, produced by Global Industry Analysts, says this will be driven by increasing adoption of microCHP systems and the growing prominence of eco-friendly, economic, and energy-efficient power generation technologies to meet the growing demand for electricity worldwide.

Growth in the market is also driven by significant reduction in the prices of natural gas due to its abundant supply; expanding applications; steady evolution of the next generation technologies such as Trigeneration and Quattrogeneration; and favorable regulatory environment.

Dina Darshini, senior analyst at Delta Energy and Environment, points to one key reason for positive projections on the market, telling COSPP, “In some countries, for example the USA, there is a growing awareness amongst policymakers of the benefits of CHP as a supply hedge during power outages. And with this, come increasing government and utility support to keep critical infrastructure up and running via CHP systems”.

Asia-Pacific represents the largest and the fastest growing market worldwide with a CAGR of 11.3 per cent over the analysis period. Important growth drivers in the region include rising need for higher efficiency in power generation and reductions in emissions; robust infrastructure development projects that involve expansion of existing units, replacement of older obsolete steam generation systems, and the development of new industrial zones; and the presence of a large number of component manufactures, equipment designers, assemblers, installers and providers of maintenance solutions in China and India.