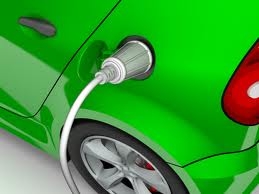 An Indian government goal for all-electric mobility by 2032 looks very challenging to achieve without greater subsidies being provided, according to a report by financial group, UBS.

Energy minister Piyush Goyal said earlier this year that India is looking at having an all-electric car fleet by 2030 with an express objective of lowering the fuel import bill and running cost of vehicles.

“Despite rapidly falling battery costs, we expect a long-range electric vehicle (EV) to remain too expensive for mainstream adoption without major government subsidies,” UBS said in a research note.

“We believe greater government investment will be needed to make EVs more attractive to consumers and manufacturers, but the government has limited fiscal space and other priorities, so larger incentives to use EVs seem unlikely,” the report said.

The chargers can also monitor the car battery charging status and units consumed while charging a car.

The company is hoping it can adoption of smart charging infrastructure can help the country achieve the mass scale shift to electric vehicles targeted.

The company plans to set up charging stations at various locations in Mumbai and is already in discussions with various stakeholders.