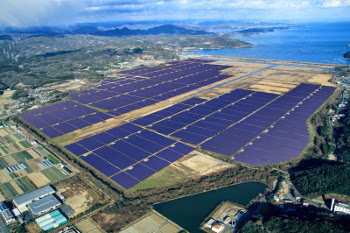 Global investment in renewables rose by 16 per cent to $310bn in 2014, according to findings released this month.

Of the renewable energy technologies, investment in solar and wind projects led the world’s growth, with a number of large projects financed in 2014. These included the 250 MW Setouchi Mega PV project in Japan, at an estimated $1.1bn; the 100 MW Xina Solar One solar thermal plant in South Africa, at $1bn; the $859m, 310.5 MW Lake Turkana wind project in Kenya and the 270 MW K2 wind complex in Ontario, Canada, at $728m.

Meanwhile, global investment in wind power grew by 11 per cent to a record $99.5bn, BNEF said. Smart energy technologies such as smart grid, energy storage, energy efficiency and electric vehicles grew 10 per cent on 2013, to $37.1bn. Investment in biofuels dropped by 7 per cent to $5.1bn, while biomass and waste-to-energy investment fell by 10 per cent to $8.4bn. Geothermal power attracted $2.7bn, up 23 per cent, and small hydro (projects less than 50 MW) attracted $4.5bn, down 17 per cent.

Michael Liebreich, chairman of BNEF’s advisory board, said the scale of the growth had surprised some industry watchers who had predicted trouble for renewables after last summer’s oil price collapse. While this may yet be the case, Liebreich said, 2014 was too early to feel the effects, and in any case they will affect transport more than power generation.

He added: “Throughout last year, we were predicting that global investment would bounce back at least 10 per cent in 2014, but these figures have exceeded our expectations.”