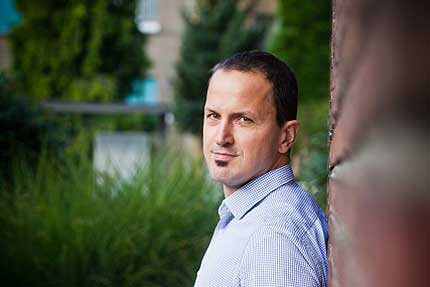 Whenever power demand threatens to outstrip power supply, National Grid calls upon companies such as REstore to rebalance the grid in real-time. However, unlike incumbent providers of emergency power, REstore balances the grid by managing pure demand, instead of relying on back-up from diesel generators.

This disruptive model has been selected as it has proven to be a greener, more cost-efficient approach to energy management.
REstore’s offer to National Grid was composed of energy aggregated from commercial and industrial consumers, essentially releasing power back into the grid when it’s needed most.

Instead of loading the grid with energy from gas-fired ‘peaker’ plants or diesel generators to increase power supply, REstore’s approach eases pressure on the grid by reducing pure power demand. Working with big consumers in sectors such as the steel, cement, or water treatment industries, REstore identifies where energy usage can safely be curtailed without affecting business operations.

The total amount of energy REstore can save is equivalent to taking 30,000 households off the grid. REstore’s approach reduces CO2à‚ emissions and helps bring down the cost of electricity

Jan-Willem Rombouts, co-CEO of REstore (pictured), said:”It only takes a few small changes to make a big difference to the electricity grid’s stability. Our British customers can significantly alleviate pressure on the grid, just by individually making tiny reductions in their energy consumption. By the end of 2014, we’ll be able to provide the UK with the equivalent output of a gas-fired plant.”

Some of REstore’s commercial and industrial customers net nearly half a million pounds in annual payments for limiting their energy consumption. Additionally, some customers are able to save up to 10 per cent on their annual energy bill.