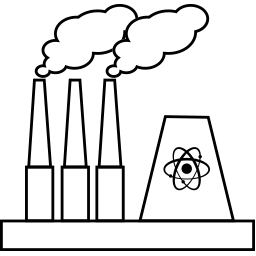 National Grid published its latest Future Energy Scenarios this week, with a major finding being its analysis showing the UK not meeting its Paris Agreement obligations without increasing its nuclear capacity beyond Hinkley Point C.

The scenario asserts that the UK needs to build 14.5 GWe of new nuclear power by 2035 or it will fail to meet the Two Degrees scenario.

The report also suggests that national electricity demand could peak at 85 GWe by 2050, compared with around 60 GWe today.

Two Degrees is one of four scenarios presented in the report and refers to the aim set by the Paris Climate Change Agreement to keep global temperature increases this century well below 2 degrees Celsius.

As a scenario in the National Grid report, Two Degrees has the “highest level of prosperity”. The first new nuclear plant comes on line in 2026, with a total of 14.5 GWe of new nuclear capacity built by 2035.

“Increased investment ensures the delivery of high levels of low-carbon energy. Consumers make conscious choices to be greener and can afford technology to support it. With highly effective policy interventions in place, this is the only scenario where all UK carbon reduction targets are achieved.”

In this scenario, there is a “collective ambition to decarbonise the economy”, it says. “High taxes are levied on those who continue to use carbon intensive options, such as conventional gas for heating. Policy and incentives are in place to reduce demand and increase renewable generation. This ensures progression towards the long-term green ambition. Society is very conscious of its carbon footprint and is actively trying to reduce carbon emissions. Consumer demand for new green technologies is high and they are happy to spend money on home energy management systems, low-carbon heating and insulation. There is also a drive to make transport greener.”

In the Two Degrees scenario nuclear supplies the largest share of electricity in 2050 – 31 per cent, with offshore wind just behind, while in Steady State it falls to 12 per cent, with gas dominant.

In the Steady State scenario, business as usual prevails and the focus is on ensuring security of supply at a low cost for consumers. “This is the least affluent of the scenarios and the least green. There is little money or appetite for investing in long-term low carbon technologies,” the report says.

Under this scenario, only Hinkley Point C is built out of the current set of new build projects, and the closure of existing advanced gas-cooled reactors means that nuclear power’s share of the electricity mix drops substantially. However, nuclear has a more favourable outlook in the report’s other scenarios – Consumer Power world and Slow Progression.

“In a Consumer Power world, there is high economic growth and more money available to spend. Consumers have little inclination to become environmentally friendly. Their behaviour and appetite for the latest gadgets is what drives innovation and technological advancements. Market-led investments mean spending is focused on sources of smaller generation that produce short- to medium-term financial returns,” the report says.

“In Slow Progression, low economic growth and affordability compete with the desire to become greener and decrease carbon emissions. With limited money available, the focus is on cost efficient longer-term environmental policies. Effective policy intervention leads to a mixture of renewable and low-carbon technologies and high levels of distributed generation,” it says.

In all four scenarios, the majority of the existing nuclear fleet is decommissioned by 2030, which leads to a dip in nuclear capacity from the early 2020s onwards, due to a gap between old plants decommissioning and new nuclear plants beginning to generate, the report says.