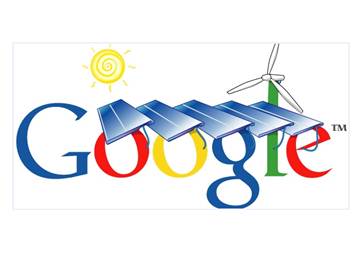 Google unveiled its latest plans to buy electricity from renewable energy sources at COP21 on Thursday, with its global energy chief telling a press conference that the decision was based on ‘business sense.’

The Internet giant has signed contracts to buy 842 MW of power from wind and solar plants in the US, Sweden and Chile for between 10 and 20 years, a move it said would help the company reach its goal of powering 100 per cent of its operations with clean energy, up from 37 per cent last year.
Google‘s move should be financially beneficial for the company because with long-term purchasing agreements it offers price certainty for a prolonged period, said Michael Terrell, head of global energy and infrastructure.

“We’re doing these deals not only because they are good for mitigating our carbon impact,” he said on Thursday.

“As prices for renewables have come down, it’s really started to make a lot of business sense.”

The wind and solar plants are to be operated by companies including Duke Energy of the US, Spain’s Acciona and Sweden’s Eolus Vind.

Although not disclosing the value of its latest deals, Google’s cumulative clean energy investments to date add up to $2bn according to the FT.