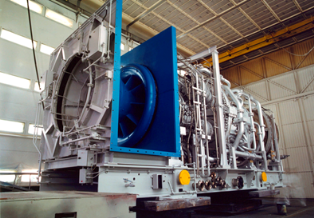 GE is to install its 1000th Jenbacher gas engine in Pakistan after signing a deal with Tata Energy.

GE will fit two of its 3.3 MW Jenbacher J620 cogeneration gas engines at textile mills run by Tata in Karachi.

The units are expected to be operational by August and GE said that Jenbacher engines now supply around 873 MW to Pakistan’s textile industry.

Shahid Anwar Tata, director of Tata Energy, said: “When we set out to replace our existing gensets, we looked for a solution that could solve two main issues: improve our on-site power production efficiency and operate in a small footprint.”