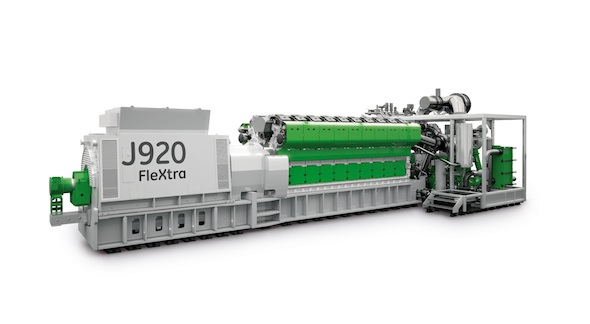 GE Power & Water’s Distributed Power business said today that it has achieved a record-breaking gas engine electrical efficiency of over 50 per cent.

The firm said its 10 MW Jenbacher J920 FleXtra engine reached 50.1 per cent efficiency this week in a test setting in Austria.

“It constitutes a genuine historical milestone and enables us to continue to play a pioneering role in the creation of new technology,” he added.

The engine – GE’s largest design for 50-Hz countries – was launched in 2013, while a model aimed at the 60-Hz North American market was introduced in 2014.

The previous industry benchmark for gas engine efficiency was 48.5 per cent, with 50 per cent commonly predicted as the best achievable.