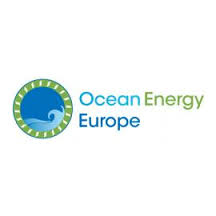 The French government this week launched a new set of tenders aimed at growing tidal energy off the coast of France, and Ocean Energy Europe believes the move can lift the industry throughout the European Union.

Rob Flynn, Communications Manager with OEE told Power Engineering International countries like Ireland can develop its expertise in the area.

Ségolàƒ¨ne Royal, French Minister for Energy, announced the launch of a new round of commercial tenders off Britanny and Normandy this week.

“The French tender is for tidal energy, and Irish tidal energy company OpenHydro is in a great position to grow its business via this tender. But this is about more than just one company, it’s about kick starting an industry with a global supply chain,” Flynn said.

“That starts with the project developers and turbine manufacturers, but it goes downstream to the people who build the components for these devices, who have the vessels for installing them, the foundations that they sit on, the cables and so on. The industry and its supply chain needs to know that there is enough of a project pipeline down the road so that they can make investments now.”

At the moment the industry is building its first tidal energy farms of between two and four devices, and Flynn says this will have positive implications, in terms of costs, as the industry grows.

“The next step, the one which the French tender is targeting is to build bigger farms with tens of devices. Once these are built, you’ll start to see costs falling away quickly, due mainly to economies in scale, and reduced costs of capital. It’s a pattern we’ve see many times now, with onshore wind and more recently offshore wind.”