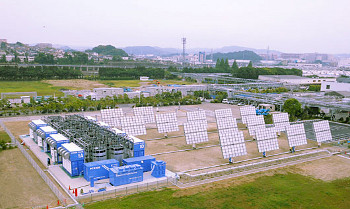 Falling battery costs are set to create a $190m stationary energy storage market by the end of the decade, new research has found.

Specifically, lower costs for flow batteries will lead to 360 MWh of battery capacity installed by 2020 according to a new report, Flow Battery Cost Reduction: Exploring Strategies to Improve Market Adoption, from analysis firm Lux Research. But which battery technology will dominate the emerging large-scale energy storage space depends on a number of factors.

Vanadium redox flow batteries (VRFBs) are the most mature battery technology, with 75 MWh currently installed worldwide. Although they dominate the market now, the report found that other lower-cost technologies are also gaining market traction.

“VRFBs will remain the dominant system for the medium term but bromine-based  systems are cheaper and will eventually be better-performing on a 10-year horizon,” said Dean Frankel, Lux Research associate and the report’s lead author.

“However, flow batteries will remain limited to longer-duration applications, and are competing directly with fast-moving targets in lithium-ion (li-ion) and other next-generation storage technologies,” he added.

Of these technologies, the report predicted that zinc bromine (ZnBr) batteries will be the cheapest large-scale energy storage technology by 2024, at $391/kWh – compared to VRFBs, the most expensive at $516/kWh in that year. But the authors noted that questions remain regarding ZnBr batteries’ lifetime and operating costs.

And VFRBs are far from perfect. Their power density is relatively poor compared to other battery technologies, and improving this factor will be key to their development, the report said. Improvements in cell stack power density could cut VRFB system costs by 33 per cent, it noted.

However, it warned that lowering VRFB costs “will not be a panacea” for the energy storage sector. While VRFB developers have claimed that sourcing vanadium from fly ash can reduce costs from over $500/kWh today to $300/kWh at scale, in the report’s “unrealistic” scenario of a free vanadium electrolyte, VRFB system costs will still be $324/kWh in 2024.

The report concludes that, in the “optimistic” case, significant project cost reduction could lead to a $380m market or 760 MWh of battery systems installed in 2020. But the more “likely” case is the $190m market scenario.