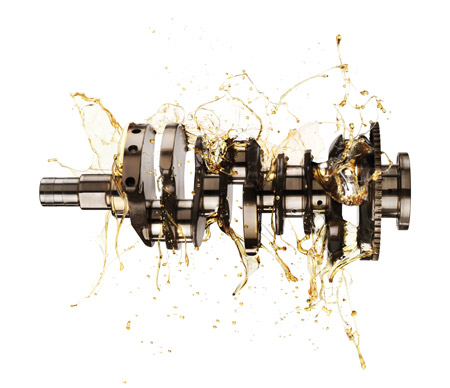 Developed in response to growing demand for engines running on biomass and landfill gas, the new oil was formulated to extend oil drain intervals as well as optimize engine performance.

Oliver Glow, Equipment Builder Engineer, said the two- to three-year development process for the new product included consultations with engine manufacturers and their customers to determine both technology and quality needs. “Most are looking for economics,” he said, in terms of longer engine lifetime and improvements in total cost of ownership – which will both be affected by a longer oil drain time.

Jarmo Vihersalo, marketing manager, said the new product arose from recent growth in landfill- and biogas-fuelled engines, across Europe but especially in the UK, Germany and greenhouses in the Netherlands.

According to Glow, the product contains new and more powerful additives and a newly formulated base oil, both aimed at reducing engine deposits and halving the need for maintenance. The development process is a collaborative one, with engine manufacturers giving specifications as to the amount of additives allowed (with too much, deposits will form). So the new additives are more powerful; it’s about quality rather than quantity, said Glow. And in tests, he said, the new product has been shown to double the oil drain interval.

Testing is first performed in ExxonMobil’s test facility in the US, which is “not the standard in the industry”, Glow said, because most oil companies do not have purpose-built testing facilities. ExxonMobil’s contain engines from several different manufacturers.

Vihersalo said another important aspect of ExxonMobil’s product is training for the customer on how to change oils correctly. “There is always a risk that you can do something wrong when working with engines,” he said, “so we want to reduce the possibility for safety hazards”. The firm trains on “how to handle oils – oil is a chemical,” he noted, “and contamination to skin can be a health risk”. Lowering maintenance needs will also reduce safety risks.