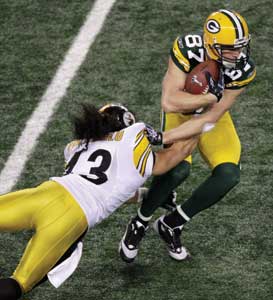 Organisers behind this year’s Super Bowl are working hard to ensure there will not be a repeat of the power cut that marred the event last year.

Up to 18 MW of electricity ” enough to power 12,000 homes ” will be available on game day at the Meadowlands Stadium in New Jersey, with two-thirds provided by PSE&G and the rest produced by diesel generators that will be brought in to power specific things, like the halftime show, and to ensure there is sufficient backup.

Engineers simulated game-day conditions at a WrestleMania event in April and held a separate test in September that produced some minor glitches.

Almost $2m has been spent on improving the equipment set to be involved in the end of January’s much-anticipated event. The engineers also used New York Jets and Giants home games, which typically require only 10 MW, to iron out any kinks that would threaten a recurrence of the incident at New Orleans in 2012.

“We’ve been working on these solutions to the problem since 35 minutes after the lights went out in New Orleans,” said Frank Supovitz, the senior vice-president for special events at the NFL. “Through all that recognition, I’m very confident that if anything except something incredibly extraordinary happens, we will be able to respond to it.”

PSE&G has also improved some of the transmission lines and circuits that serve the sports complex.