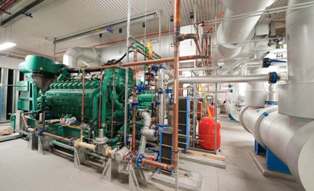 UK businesses will save à‚£33bn ($52bn) between 2010 and 2030 thanks to electricity and heat generated from wind turbines, solar panels and recycled food waste, according to a study released today.

Combined heat and power and energy from waste are predicted to deliver the greatest savings ” around à‚£20bn ” but solar and tri-generation are the technologies expected to grow the fastest.

The study, carried out by independent analyst firm Verdantix for energy consultancy Utilyx, reveals that by 2030, on-site energy generation will contribute 14 per cent of the UK’s energy needs ” in 2011 the figure was 9 per cent.

The research in the study was based upon a forecast model which analysed the uptake of six major decentralised energy technologies across 23 sectors including manufacturing, utilities, construction, including retail and banking.

“The report reveals the need to look at the bigger picture and adopt a joined up approach including considering on-site energy generation. In a climate of volatile and rising energy prices, decentralised energy can help businesses save money, reduce carbon, and provide energy security.”

“Chief executives and finance directors should assess the potential of these low-risk energy technologies to cut costs and improve the security of energy supply.”

Trigeneration: A technology for the times