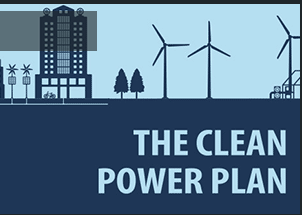 How important has combined heat and power been to the US energy economy over the years?

Well, CHP capacity has risen by over 1,000% since 1970, but rather unevenly. The highest growth period was the two decades from 1985 to 2005, when around 60 GW of net generating capacity was added. However progress has slowed considerably since 2005 ” with less than 10 GW added in the last decade. So says a new report from the Pew Charitable Trusts.

Growth started in the aftermath of the oil crises of the 1970s and passage of the 1978 Public Utility Regulatory Policies Act (PURPA), which first guaranteed access to the grid for independent power producers using CHP technology, says the Pew report. But in 2005, Congress amended PURPA to reflect a new goal to increase competition in power markets. Later, policymakers relaxed the requirement on utilities to purchase cogenerated power, considerably slowing down deployment of CHP.

Nevertheless, by the end of 2014 the US had around 83 GW of CHP capacity deployed at more than 4,400 facilities and representing 8% of the nation’s total electricity generating capacity. More than four-fifths of the total is currently used by energy-intensive industrial operations, particularly in the chemicals, refinery, paper and food industries. Universities, hospitals and hotels account for much of the rest. Natural gas is, of course, the fuel of choice.

So much for history. The Pew report goes on to suggest that implementation of the Environmental Protection Agency’s Clean Power Plan, plus an improved federal investment tax credit, could see an additional 23 GW of capacity added by 2030. About half the scope for additional CHP use is within the commercial sector; the other in industry.

But the report: Industrial Efficiency in the Changing Utility Landscape looks well beyond the prospects for CHP, to the increasing influence of decentralized energy: ‘A century-old centralized system is yielding to advanced, distributed-energy generation capabilities ” in which power is produced at or near the place where it is consumed.’

Although some utilities are trying to hold on old business models, and therefore need to change, so must the distributed generation future include the utility sector in order to ensure that reliability, investment and affordability goals are met, says Pew. CHP will no doubt continue to play a significant role.