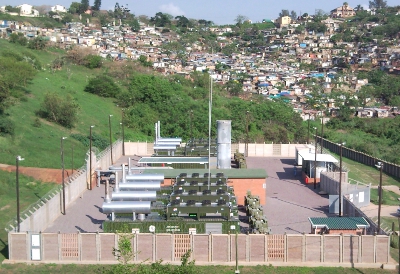 The company has also been awarded the status of Jenbacher gas engines distributor and service provider in South Africa, Mozambique and Botswana.

These two key strategic acquisitions in southern Africa further expand Clarke Energy’s reach in Africa following the establishment of an East African hub in Tanzania in 2012.

All three countries have significant electricity demand requirements and have reserves of gas that can be utilised for power. South Africa already has an existing installed base of about 80 MW of Jenbacher gas engines.

These units are operating on conventional gaseous fuels such as natural gas and landfill gas alongside more unusual gases such as those produced by industrial processes. The country also sits on significant fields of unconventional gas contained within shale rock.

Jamie Clarke, CEO of Clarke Energy ‘The strategic acquisition of GE’s service hub and Agaricus Trading will enable us to support Jenbacher customers from sale through to engineering, installation and maintenance of their gas fuelled generation equipment.”

The delegation including the Tunisian Minister for Industry, Director General of Energy and the CEO of Tunisia’s national oil and gas company ETAP visits CHP plant.

Clarke Energy has engineered and installed CHP plants for both Guy’s and St Thomas’ Hospitals in London. These flagship CHP facilities are located in central London and are two key NHS hospitals for the capital city.