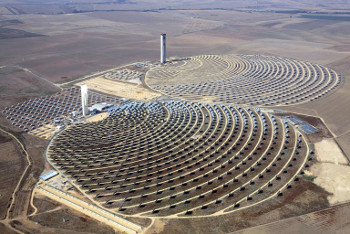 China has begun construction work on its first large-scale solar power plant to be operated commercially, located in the Gobi desert.

The 200 MW plant in Qinghai province will stretch over 2550 ha and is planned to power almost 1 million households. When completed, it will be the nation’s largest solar power plant.

The firm said the plant will feature 15 hours of heat storage and is expected to reduce CO2 emissions by 896,000 tonnes.

China aims to increase its installed solar power capacity to 100 GW by 2020.