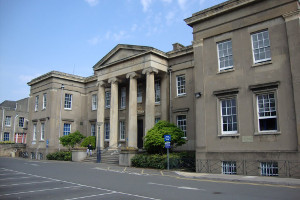 The new Energy Centre at Cheltenham General Hospital in the UK is projected to cut carbon emissions by a third with a new combined heat and power system. Based on gas engine technology, the system was installed by Vital Energi.

Carbon emissions are projected to be cut by 1789 tonnes per year while over the 18-year life of the project it will save the hospital (pictured) £10.4 million ($US16.3 million), Vital says. The total £3.1 million project will achieve guaranteed savings of £169,000 a year, or a 30% reduction on current energy bills and operating costs and a 40% reduction in carbon emissions.

There are also plans to extend the initiative to Gloucestershire Royal Hospital, with work due to be carried out in 2017.

Ashley Malin, Vital’s Project Development Director, explained: ‘All Trusts know that there are potential savings and carbon reductions to be made across hospital estates. With the support of Vital Energi and frameworks such as the Carbon & Energy Fund (CEF) hospitals like Cheltenham General can realise these savings quickly.’