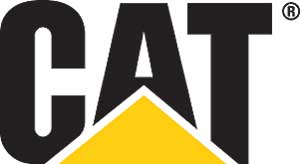 Caterpillar today warned it could shed 10,000 jobs by 2018 as part of a radical restructuring and cost reduction plan.

The company said that it was definitely going to axe between 4000 and 5000 jobs between now and the end of 2016, with most occurring this year.

Caterpillar said that the job losses would form part of a bid to cut operating costs by about $1.5bn annually.

“While we’ve already made substantial adjustments as these market conditions have emerged, we are taking even more decisive actions now. We don’t make these decisions lightly, but I’m confident these additional steps will better position Caterpillar to deliver solid results when demand improves.”

This year is the company’s third consecutive down year for sales and revenues, and for 2016 those figures are expected to be about 5 per cent below 2015. This means that 2016 would mark the first time in Caterpillar’s 90-year history that sales and revenues have decreased four years in a row.

Oberhelman said the company’s strategy “is to deliver superior total shareholder returns through the business cycle, and growth is a key element of that strategy. However, several of the key industries we serve have a long history of substantial cyclicality. While they are the right businesses to be in for the long term, we have to manage through what can be considerable and sometimes prolonged downturns.”à‚

Since 2013, Caterpillar has closed or announced plans to shut or consolidate more than 20 facilities, impacting 8 million square feet of manufacturing space. The company has also reduced its total workforce by more than 31,000 since mid-2012.