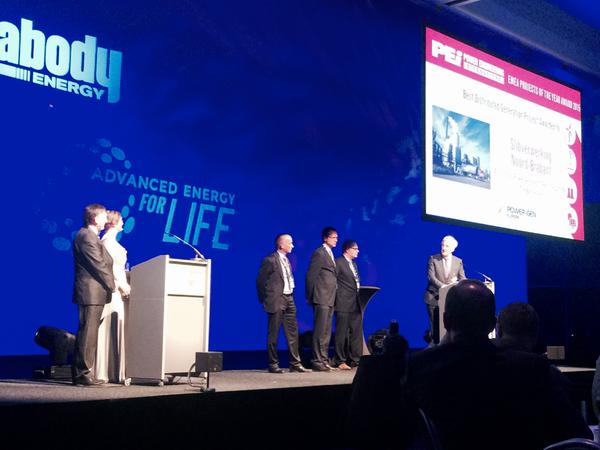 At POWER-GEN Europe in Amsterdam this week, the winners of Power Engineering International’s EMEA Project of the Year awards were announced. Winning in the Best Distributed Energy Project of the Year category was the Netherlands’ NV Slibverwerking Noord-Brabant (SNB).

Working in partnership with NEM, SNB – Europe’s largest sewage sludge incineration plant – upgraded its on-site energy system so that the facility is now virtually energy neutral – a status unique in the industry.

The original plant had a power capacity of about 450 kW. However, process analysis revealed that it would be feasible to generate significantly more electricity, considering the energy available in the exhaust of the incinerators.

Thus, SNB made the decision to replace the existing system with two new 60 bar boilers provide by NEM and a Siemens steam turbine, with an overall output of 3.5 MW.

The two boilers generate steam from the residual heat released when the sludge is incinerated. This steam drives a turbine that in turn generates sufficient electricity to cover almost all of SNB’s needs.

The plant also produces low-pressure steam that is used for pre-drying the sludge and for reclaiming raw materials.

After a year’s preparation, NEM technicians began assembling the boilers at the SNB facility in September 2014. At the project’s peak 250 people were on-site.

A major challenge in the project was the limited time allowed for the tie-in of the two new boilers. The amount of incoming sludge at the facility was such that the plant essentially had to continuously stay in operation, with only one incinerator allowed to be stopped at any one time.

The replacement of the two boilers was completed in an impressive 70 days.