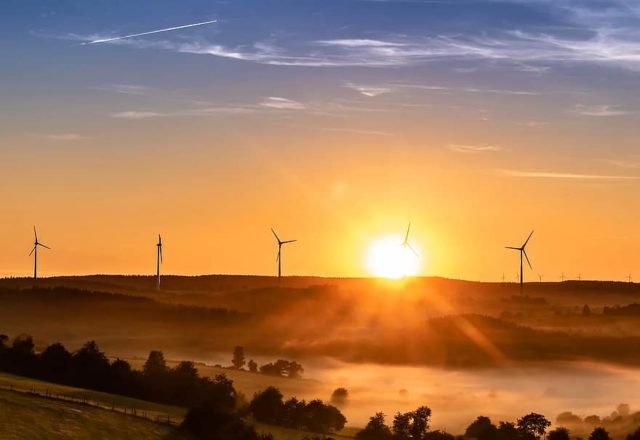 This article was originally published as part of the PEI print edition in Smart Energy International Issue 3-2020. Read the full PEI section here, or subscribe to receive a print copy here.

It also includes an array of mind-boggling numbers relating to investment and increases in gigawatt capacity. However, IRENA maintains the figures are grounded in gains already made around the world.

That the inaugural report arrives in the middle of the COVID-19 pandemic adds an extra dimension to the report’s economic predictions and recommendations that its authors cannot have anticipated when they first began working on it.

Yet they stress that there is now a once-inalifetime opportunity to put clean energy investment at the heart of the world’s economic recovery from the virus.

“Governments are facing a difficult task of bringing the health emergency under control while introducing major stimulus and recovery measures.”

He says IRENA’s Outlook report “shows the ways to build more sustainable, equitable and resilient economies by aligning short-term recovery efforts with the medium-and long-term objectives of the Paris Agreement and the UN Sustainable Development Agenda”.

“By accelerating renewables and making the energy transition an integral part of the wider recovery, governments can achieve multiple economic and social objectives in the pursuit of a resilient future that leaves nobody behind.”

The report highlights that a pathway to deeper decarbonisation requires a total energy investment up to $130 trillion, yet stresses that “the socio-economic gains of such an investment would be massive”.

“Transforming the energy system could boost cumulative global GDP gains above business-as-usual by $98 trillion between now and 2050,” it states, and adds that this would “nearly quadruple renewable energy jobs to 42 million, expand employment in energy efficiency to 21 million and add 15 million in system flexibility”.

Dolf Gielen is Director of Innovation & Technology at IRENA and says that while the clean energy transition is clearly underway, “we need an acceleration of this transition”.

“The policy environment – the enabling framework – is not the same everywhere, so there is an opportunity to improve that.

What is important for investors is a credible long-term outlook to make investments with a lifespan of several decades. And I mean significant investments – in the order of $3 trillion per year. That’s a lot of money… that money is out there – but there needs to be some reassurance that it can be recovered.”

Gielen says IRENA’s report is “a bottomup analysis looking at what can be done, sector by sector, region by region, even country by country. Based on that, we have identified an economically-viable potential. And we find that the cost benefit from a societal level is very positive”.

On electrification, the report predicts that electricity could become “the central energy carrier by 2050, growing from a 20% share of final consumption to an almost 50% share, and as a result, gross electricity consumption would more than double”. To get there, however, means “an additional 1000 TWh of electricity demand for electrification of end uses will have to be added every year” – and that’s on top of existing plans.

For some perspective, that’s the equivalent of adding the entire electricity generation of Japan every year.

And that in turn would mean more than 520 GW of new renewable capacity would need to be added per year, says the report.

Which it stresses is possible because of declining costs, highlighting that four-fifths of solar PV and wind projects to be commissioned this year “will produce electricity cheaper than any fossil-fuel alternative”.

In the transport sector, IRENA forecasts that the number of electric vehicles could increase from around eight million last year to over 1100 million by 2050.

Meanwhile, for heating, it calls for a 10-fold increase in installed heat pumps by 2050.

On its second pillar of increased flexibility, the report calls for power systems to achieve maximum flexibility “based on current and ongoing innovations in enabling technologies, business models, market design and system operation”.

“On a technology level, both long-term and short-term storage will be important for adding flexibility, and the amount of stationary storage would need to expand from around 30 GWh today to over 9000 GWh by 2050.”

However, the report states that most flexibility will still be achieved through other factors like grid expansion and operational measures, demand-side flexibility and sector coupling.

Pillar number three is conventional renewables, which IRENA defines as hydropower, bioenergy, solar thermal and geothermal, which “all have significant scale-up potential”.

“Hydropower can bring important synergies to the energy system of the future,” the report states. It adds that it is realistic to call for a 25% increase by 2030, and 60% by 2050, plus a doubling of pumped hydro storage capacity.

IRENA notes that “the synergies between hydropower and other renewable energy technologies in power system operation include the cost effectiveness of using hydropower to counteract the short-term variability of wind and solar generation, and seasonal complementarities in resource patterns”.

IRENA highlights that bioenergy “will become increasingly vital in end-use sectors” and adds that it has a key role to play “in sectors that are hard to electrify, such as shipping, aviation and industry, both for process heat and use as a feedstock”.

It stresses, however, that bioenergy “must be produced in ways that are environmentally, socially and economically sustainable. The potential is enormous to produce bioenergy cost effectively and sustainably on existing farmlands and grasslands, and to use residues from existing production forests without encroaching upon rainforests”.

IRENA’s fourth pillar brings us to one of the hottest topics in the energy sector at the moment: green hydrogen.

Green hydrogen is defined as renewable electricity through electrolysis, as opposed to ‘blue’ hydrogen, which is produced from fossil fuels combined with carbon capture and storage.

The report states that hydrogen “can offer a solution for types of energy demand that are hard to directly electrify”.

It notes that while around 120 megatonnes of hydrogen is currently produced per year, almost all of it comes from fossil fuels or electricity generated by fossil fuels – “less than 1% is green”.

Yet it highlights progress being made, and singles out the world’s largest green hydrogen production plant which launched this year in Japan with a 10 MW electrolyser capacity.

“As costs fall further, green hydrogen will be cheaper than blue hydrogen in many locations within the next five to 15 years,” says the report, adding that some energyintensive industries such as iron making

and ammonia may in the future “relocate to areas with good renewable energy resources to tap this potential to produce cheap green hydrogen”.

It notes that the natural gas industry is looking at hydrogen as a promising solution for greening the gas system and extending the life of existing infrastructure, but IRENA warns that “this approach must be viewed with caution in light of unclear prospects of actually being able to significantly reduce emissions of the gas system and the potential to lock in carbonintensive infrastructure”.

While it says that a hydrogen commodity trade is nascent, it adds that hydrogen “could become the clean energy vector that makes it possible to tap into ample remote, low-cost renewable energy resources – a development that could have important geopolitical implications as well as further accelerating the demand for renewable power generation”.

Gielen says that green hydrogen is a typical example of a technology “that we know is out there and could be deployed but today are still too expensive – you need to buy-down these costs by initial investments to get to the cost reductions that you need for widespread deployment”.

He says there “is a role for governments to play in that initial phase” but he adds that “it is also clear that there is also great interest from the private sector to pursue these pathways”.

For its fifth pillar, innovation, IRENA states that this is a high priority for decarbonizing industry.

“There is an urgent need to find solutions for key sectors such as iron and steel, cement and petrochemicals, which make up the bulk of industry energy demand.

“Innovation is also needed to find zero CO2 emission solutions for industrial process emissions and for non-energy uses in these sectors.”

It adds that innovation will also continue to be crucial to address transport modes that are hard to electrify, namely aviation and shipping.

The report also looks at energy and socioeconomic transition paths in ten regions, and states that Southeast Asia, Latin America, the European Union and sub-Saharan Africa are poised to reach 70-80 per cent renewable shares in their total energy mixes by 2050.

Similarly, it forecasts that electrification of end uses like heat and transport will rise everywhere, exceeding 50 per cent in East Asia, North America and much of Europe.

“All regions would also significantly increase their welfare and witness net job gains in the energy sector despite losses in fossil fuels,” it adds. However, it notes that “economy-wide, regional job gains are distributed unevenly. While regional GDP growth would show considerable variation, most regions could expect gains”.