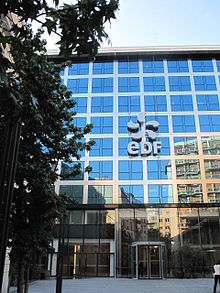 French state-owned utility EDF is the subject of a lawsuit from Alstom and German partner MAN SE over being excluded from a tender to provide back-up diesel engines for the utility’s nuclear plants.

Les Echos reports that the challenge was mounted last week over a tender that is worth around $1.4bn in total.

Post-Fukushima, EDF (Euronext: EDF) had been requested by ASN, the French regulator to install 58 large diesel engines in its nuclear fleet by the end of 2018.

The engines are required to supply backup power to cool reactor cores.

“We confirm our appeal against the EDF decision. Our goal is to verify that the procedure has been respected and that the evaluation criteria have been followed in line with the guidance in the tender offer,” an Alstom (Euronext: ALO) spokesman said on Wednesday.

A ruling is expected on the legal appeal on January 23rd next.