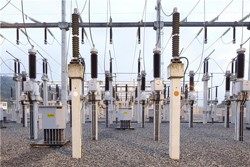 Finnish power and automation technology group ABB announced this week that it has won $18m in orders for plant electrification, automation and substations for upcoming solar power projects in India.

The firm said the projects, which are to be located in the southern Indian states of Karnataka, Tamil Nadu and Andhra Pradesh, represent over 850 MW in total solar power capacity, and will be among the world’s largest solar plants.

The largest of the projects, a 648 MW solar plant in the town of Kamuthi in Tamil Nadu, is to be built by Indian multinational energy and infrastructure firm the Adani Group. ABB has been contracted to provide design, supply, installation and commissioning of the plant’s electrification and automation systems, as well as two 230 kV and three 110 kV substations, the company said.

“ABB has supported India’s power infrastructure development through the decades and we are pleased to facilitate the country’s push for solar energy, where we have already made a significant contribution,” said Claudio Facchin, president of ABB’s Power Systems division.