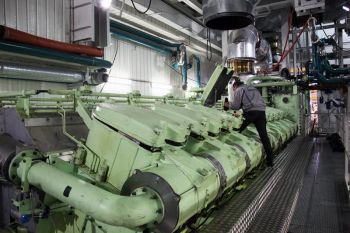 The power plants, which will deliver an output of 194 MW and 78 MW respectively, are being built by a consortium comprising the Danish power plant specialist Burmeister & Wain Scandinavian Contractor A/S (BWSC) and MAN Diesel & Turbo in Zouk and Jiyeh, near Beirut.

In addition to the engines, the order from MAN Diesel & Turbo also comprises kits for converting the engines to gas-powered operation: as soon as the region’s gas infrastructure is up and running, the engines will be switched to dual-fuel capability, allowing them to be operated both with liquid as well gaseous fuels.

The order for the consortium is worth approximately EUR 270 million ($347m).

The power plants will use the Diesel Combined Cycle product combination, in which the waste heat from the engines is utilized in order to power a further steam turbine, greatly improving energy efficiency.