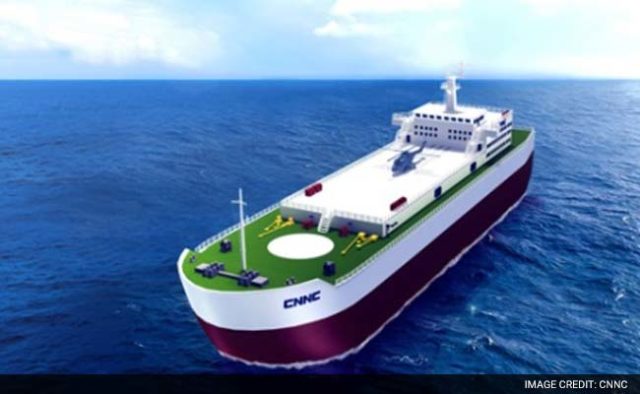 China National Nuclear Power (CNNP) has announced plans to build 20 floating nuclear power stations in a bid to reinforce its influence in the South China Sea.

The Chinese government claims an area up to 1500 miles from its shores but the claim is contested by neighbouring countries and the US.

Spearheading the move will be a new company based in Shanghai formed by five existing companies, led by CNNP and Shanghai Electric Power. It will have a registered capital of $150m.

Chen Xiangmiao, a research fellow at the National Institute for the South China Sea, told the Global Times that the power stations “will provide environment protection, weather observation, navigation and oil and gas development.”

The reactors that will be fitted to nuclear barges will have a rating of about a quarter that of a typical civil nuclear reactor. Their design will be a form of small modular reactor, and will be mass produced in Shanghai ship yards.

The idea for the plants originated in February with the State Administration of Science, Technology and Industry for National Defence indicating that China would develop floating nuclear power stations during the 13th five-year plan, which runs between 2016 and 2020.

CNNP is controlled by the China National Nuclear Corporation, and has the China Three Gorges Corporation, China Ocean Shipping Company and China Aerospace Investment Holdings as its shareholders. It acts as is a nuclear developer and researcher. It runs about 11 GW of installed nuclear capacity, and has some 12 GW under construction.