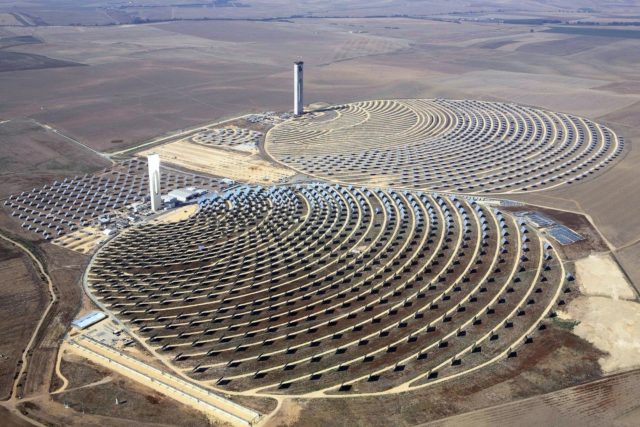 An agreement has been signed between the Israeli government and Negev Energy for the latter to build a $1bn 121MW solar-thermal power plant.

Negev Energy, a consortium of Israel‘s Shikun & Binui and Spain’s Abengoa, will develop the plant with the assistance of funding by the European Investment Bank and US Overseas Private Investment.
The plant is expected to contribute to Israel’s objective of generating 10 per cent of power from renewable sources by 2020, and will along with a similar development at Ashalim, provide 2 per cent of the country’s capacity when it commences operation in 2018..

The project involves construction of two solar-thermal power stations under a build, operate and transfer program.

Israel senior deputy accountant general and interministerial tender committee chairman Yariv Nehama was quoted by the Jerusalem Post as saying: “The project is unusual in its scope and technological innovation, which combines capacity with energy storage.”

The thermo-solar plants use sun rays to produce heat that will pass through water to generate steam. The steam is used to generate electricity, unlike photovoltaic plants which convert sunlight directly into electricity.