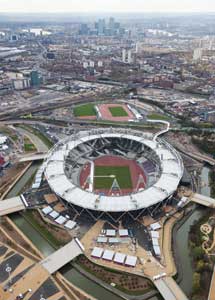 The chief executive of Engie UK says the company’s decentralized energy strategy as used in the London Olympic Park is also applicable for the rest of East London and the UK.

Wilfrid Petrie says Engie has used the £100m model created for the Olympic Park to inspire further efforts to develop decentralized energy further across the country.

With reference to the Olympic campus he told the Daily Telegraph Olympic organisers requested cheap energy, with flexible capacity and a very sustainable scheme.

The site includes two energy centres and a network of 11 miles of pipe work which control a small fleet of biomass boilers, combined heat and power plants and water storage units.

Biomass provides the steady baseload power needed throughout the day by burning waste wood sourced from UK landscapers at 650 degrees. To meet energy demand over peak demand periods the energy can also be stored in hot water tanks which are topped up using combined and heat and power boilers which run on gas.

As a result the Olympic Park is able to generate 75 per cent of its own energy with carbon emissions 20 per cent lower than the rest of the UK while using smart technology to keep costs low.

“There’s no one size fits all solution. On a national level we need a mix of large centralised energy projects. But decentralised solutions are always worked out with the local councils and local governments.”

Contrary to the traditional energy supply model, Engie starts with the customer and builds so-called ‘decentralised’ energy systems to fit.

After steadily acquiring small specialist companies Engie has emerged as the UK’s largest district energy player and one of the biggest energy and facilities management companies.

Instead of relying on the national grid, communities of energy users are designing self-sufficient energy systems which offer bespoke approach to managing demand.

“The value is now more in the use than in the production; it’s about looking downstream at the initiatives we can develop for cities, for leisure centres, data centres, commercial spaces – and it’s about being able to provide for each of these different centres solutions that fit.”

Engie’s new brand of energy supply is expected to tap the growth which is expected in the East London area. Beyond the Games the Greater London Authority believes the park will grow to include nearly 3.7 million square metres of new development, with more than 29,000 housing units and 1.36 million square metres of commercial space, all of which will be supplied by Engie.

“In the last three years Engie has increased its sales to cities from £40m to £200m, so we’ve added new cities to the number we’ve been recently made the preferred bidder for a new deal with Wakefield,” Mr Petrie explained.

“The first thing is to connect the network across East London. The second is to become more and more involved with the end-user through intelligent systems which can monitor their usage and help customers to optimise their energy use,” Mr Petrie said “Maybe in 10 to 20 years we could be selling something else aside from just energy.”